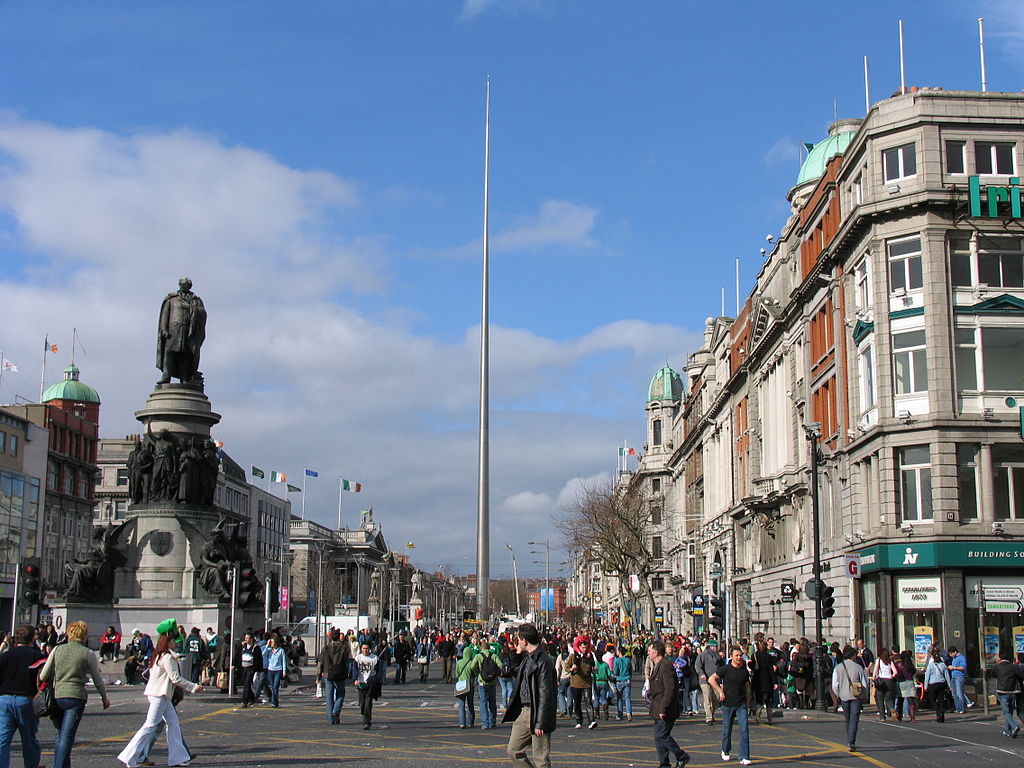 4 Things You Didn’t Expect When Moving to Ireland

Everyone who moves to Ireland has an idea of what they think Ireland is – green, rainy, and leprechauns! But most people who get here find out they were wrong! Ireland can be very different than what you might have expected – in a good way!

It doesn’t rain every day! In fact Ireland is known to have all four seasons in one day. Your typical day in Ireland might go from a heavy rain in the morning, to a sunny lunch on the Liffey, to a windy walk home, to a calm and peaceful evening! Ireland is an island, so we’re subject to whatever weather blows our way. So if it starts raining when you’re here, just know that the sun is not far behind.

The Proximity to Europe

Ireland is home to Europe’s cheapest airline carrier – RyanAir! If you haven’t been on a RyanAir flight before, let us tell you – it’s quite the experience. Free meals? Free water? Comfortable seats? No way!
But what RyanAir does offer are ridiculously cheap flights to the rest of Europe and even some places in North Africa. The typical flight to London will cost €15.
Yup, you read that right. 15 euro for a flight to London!
Flights to Spain, France, Germany typically cost less than €50. Flights to Eastern Europe usually run a bit more, slightly over €50. It also depends on how early you book your flight and the time of year you plan to travel, but in general RyanAir flights can cost under €100 for just about anywhere in Europe!

Just a few decades ago, Ireland was dominated by the Irish. But in recent years more and more foreigners (and companies) have begun flocking to the country in waves.
Dublin has become an international hub of commerce, similar to what you might find in London. Dublin is smaller, sure, but just as diverse as London. People come from all over for a variety of reasons – better jobs, better salary, proximity to Europe, stable government and economy.
The best part? The Irish love foreigners! Ireland is very receptive to foreigners and many native Irish consider their country a newborn America – a place where anyone can come and be successful.

The Hustle and Bustle

It wasn’t that long ago that Ireland was a small, quiet place where things moved slowly and people took their time. But today with the influx of companies (especially after the Brexit vote) and the flood of foreign workers into the country, Ireland has become a bustling business hub and one of the most important commerce centers in Europe!
Big cities like Dublin, Galway, and Cork are known to be busy during the work week, and even busier on the weekend.
Sure, the suburbs around these places will be quieter and more relaxed, and in the countryside you’ll often find more goats and cows than people. But Ireland’s city centers have expanded greatly in recent years. If it’s energy you’re after, you’ll find it in Ireland!